Bedouin Cowboy (made entirely on iPhone 6)

by Muhammad Seven & The Spring 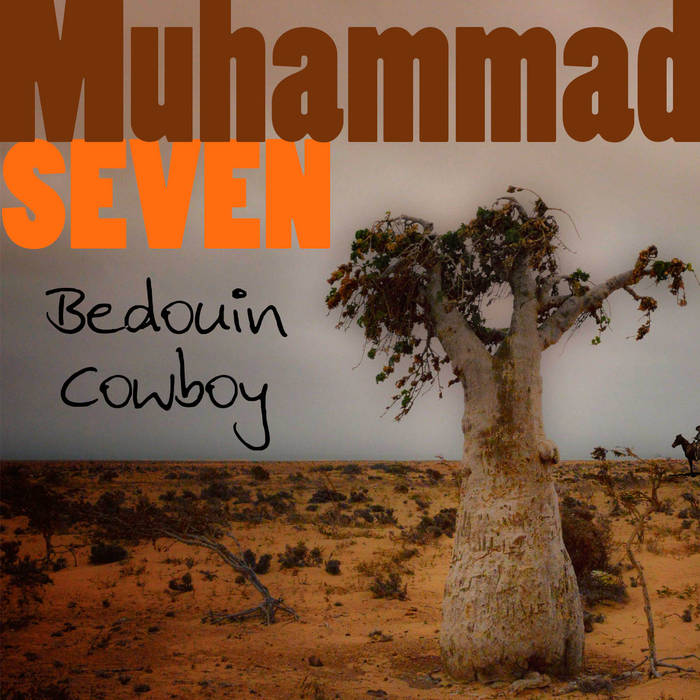 Brendan Keegan Bedouin Cowboy is a great album. I was amazed with Muhammad Seven's vocal range, as well as the skill it must have taken to craft the many layers of each song on his phone. The melodies and lyrics stayed in my head (in a good way) for days after just one listen and the album as a whole is upbeat and engaging...definitely recommend!
Favorite track: Oh, Satan

Dwayne Allen This is an album filled with great character and stories. An interesting perspective on being a man and father reflected in tracks that alternate between being sweetly charming and full of braggadocio. It maybe shouldn't work, but the individual songs are so strong that it holds the album together. Ultimately, this album was a buy because it is just plain fun. Favorite track: Swampers At Fame.

Jarrett Ziemer After hearing some of this album on a favorite podcast I immediately bought it and wasn't disappointed. Its full of endearing earnest storytelling with this awesome weird country vibe. Perfect on repeat doing a mini road trip over the mountain or in your hesdphones on a day fly fishing a spring creek! Favorite track: Swampers At Fame.

ted siefer This album is packed with well-crafted country and folk ballads, laced with hip hop and various arcane influences. Rendered from a truly unique perspective, the songs are at once catchy and searing in their meaning. And it was recorded on an iPhone. Favorite track: Javelinas.

liamdaileyisafan I got to hear Muhammad sing a few songs live the other night and was absolutely floored. He has a delightful approach to singing and songwriting that is entirely unique but feels deeply familiar.

“Bedouin Cowboy” weaves together folk, country, blues and hip-hop stylings and tells the story of a working man, insecure yet braggadocios, foul-mouthed but somehow wholesome. The songs are steeped in Persian culture, street history and the painfully personal battle-cries of a father, lover and first generation Iranian immigrant.

Each song plays like a recipe, with sonic and lyrical ingredients that explore the flavors of blue collar life. They generally fall in to the categories of "love songs" and "fight songs" - but each cuts at its theme at an odd angles. Saffron Stew prescribes an exact cooking method for love done right; Flight 2000 is a love song to a pinball machine and Oh, Satan is a love song between nations. Javalinas, a lullaby, is a sort of love song for Seven's three year old son.

Killing Clark Kent dangles an odd, 80's groove over the festering lyrics of a man living in fear of his true power. An odder character narrates The Beastly Ballad of Train Wreck Mossadeg, the folk version of a battle rap, and nod to the old school.

None of the instruments on “Bedouin Cowboy” are live, (with the exception of the two guitar solos) and the vocals and harmonies display Seven harmonizing with himself, singing into a run-of-the-mill cellphone headset.

How good can an album recorded on a cell phone be?

You be the judge.

Muhammad Seven is a decorated sergeant in the army of the damned. The Spring are three underground prophets, a well that supplies vitamins, minerals and harmonies. As an old cowboy once told us, “No matter how long the winter, spring always comes.”

Bandcamp Daily  your guide to the world of Bandcamp

Featuring appearances from Kari Faux, Bluestaeb and and interview with NY-bred artist Wiki